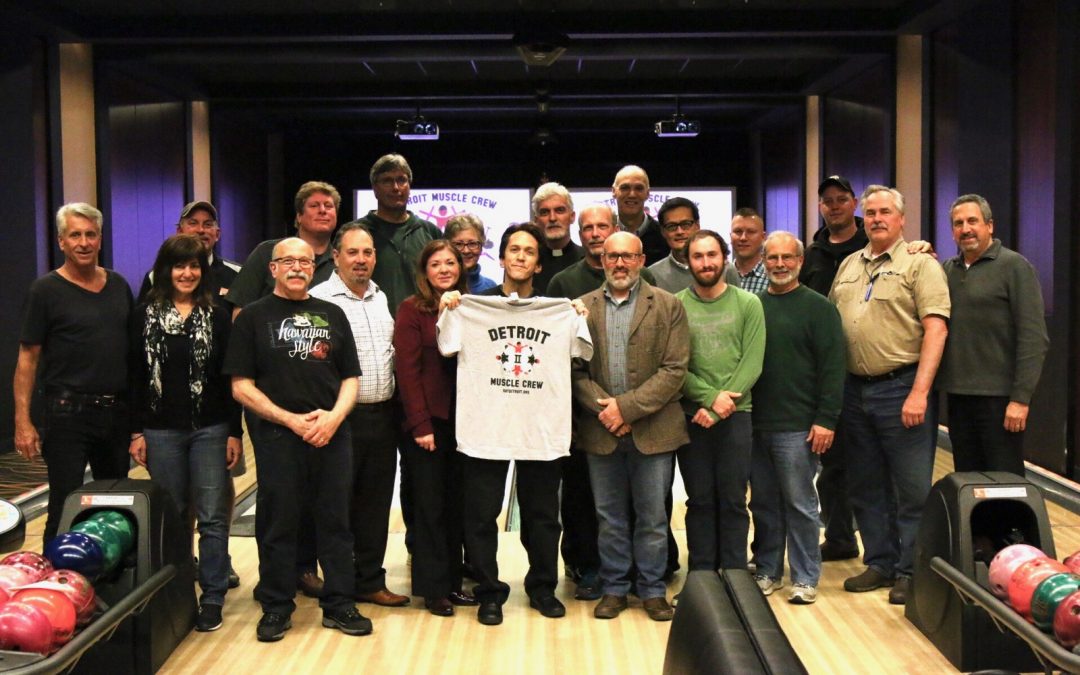 “Because of you, we’re going to make a difference in our community,” Albom said.

The idea behind Detroit Muscle Crew II is to create a team of tradespeople, such as electricians, plumbers, and contractors, to be available a few times each year to volunteer to tackle physical projects under S.A.Y. Detroit’s umbrella of charities. Under the initiative, the tradespeople will volunteer only their services in exchange for promotional opportunities that exist within S.A.Y. Detroit’s social media platforms.

A few of the tradespeople who attended Thursday’s night event were part of Albom’s original Muscle Crew that helped rebuild the Have Faith Haiti Mission after a massive earthquake struck that island nation seven years ago, resulting in the death of more than 300,000 people.

One of the first projects that will be undertaken in the next few weeks will be replacing windows and doors in the food and clothing pantry at the Cathedral of St. Anthony in Detroit. The church was the recipient of a $5,000 donation from Albom’s Hole in the Roof Foundation on March 21 at the S.A.Y. Detroit Radiothon distribution event at the Fisher Building. More than $1 million in donations were distributed that day from funds generated during last December’s fifth-annual Radiothon at the Somerset Collection in Troy.