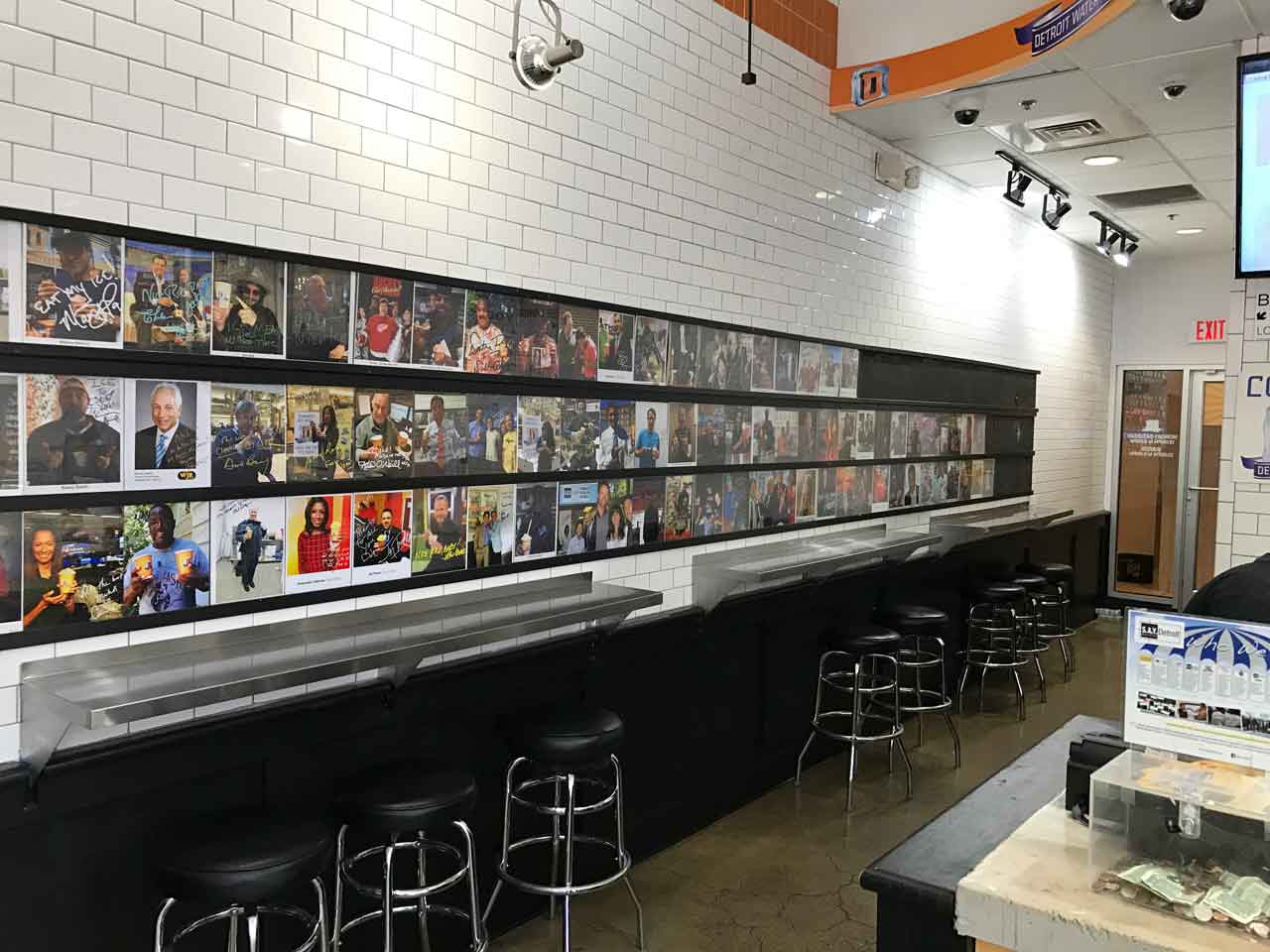 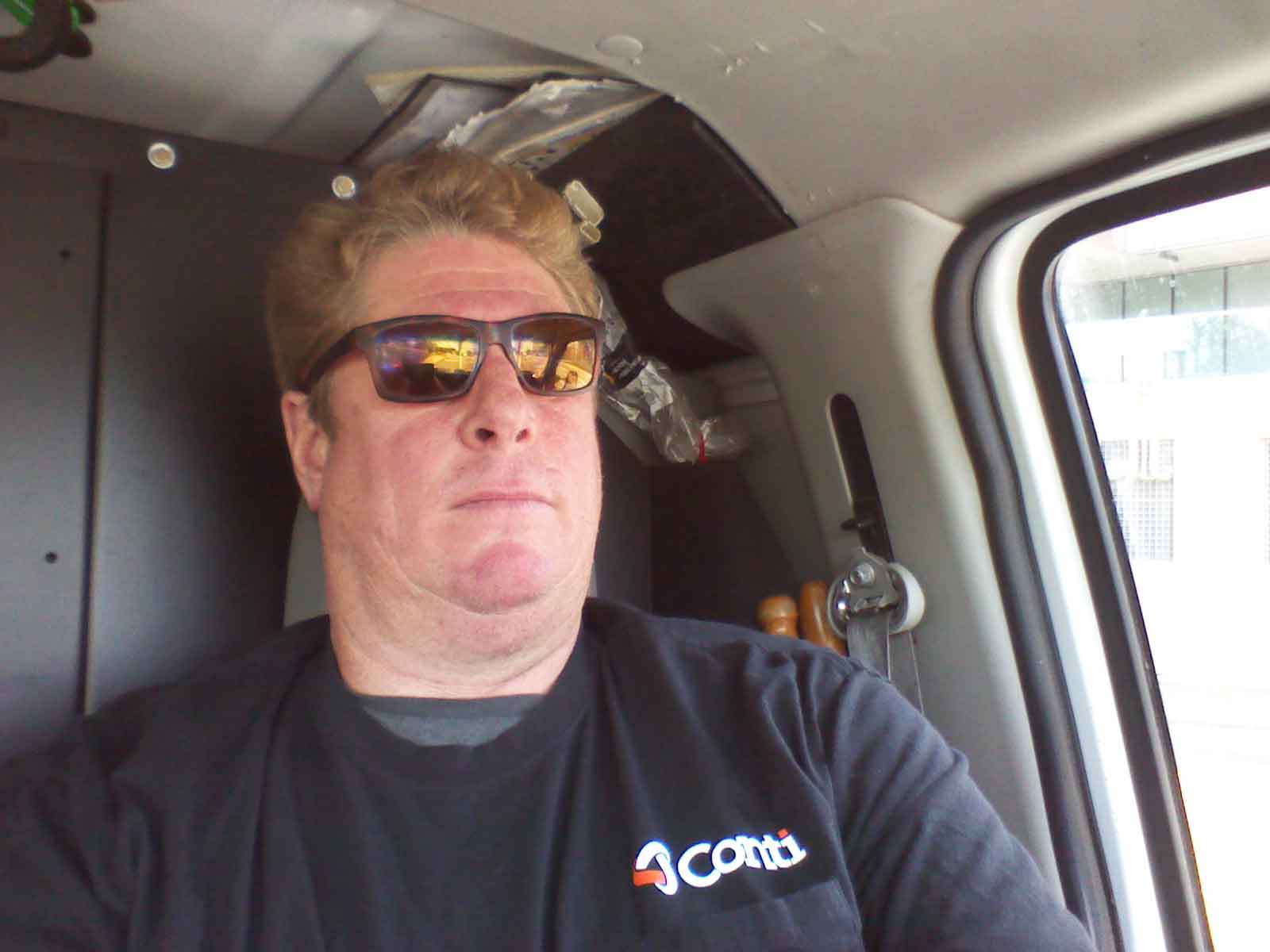 DETROIT — Doug Watson isn’t a carpenter by trade—he’s a longtime electrician at The Conti Corporation—but he raised his hand anyway when he heard that S.A.Y. Detroit needed some work done at its Detroit Water Ice Factory in downtown Detroit.

The request: Install a third row of trim designed to hold a slew of celebrity photographs at the frozen dessert store at Campus Martius, where all profits benefit Detroit’s neediest citizens under Mitch Albom’s S.A.Y. Detroit umbrella of charities.

“I’ve been in the business long enough that I know how to do a lot of different things,” Watson said. “I’m glad that you contacted me, but I’m especially glad that it worked out well.” 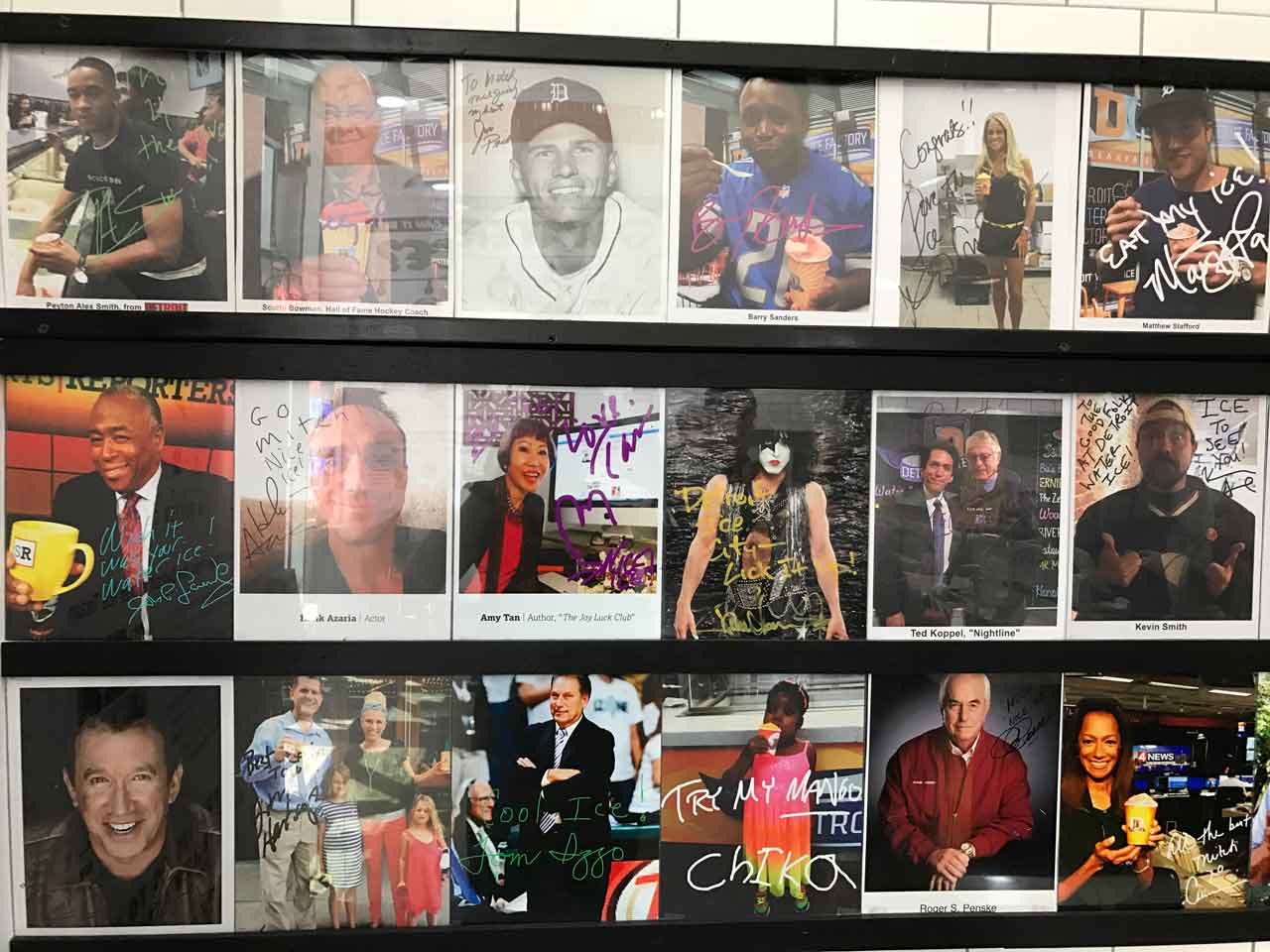 The project, which was completed last week, was Watson’s first since joining the Detroit Muscle Crew II last spring after Albom formed the all-volunteer team of skilled tradespeople to help with S.A.Y. Detroit’s physical projects and endeavors. (You can sign up to become a member here.)

Watson said that he had so much fun, and that Albom was so grateful, that he decided to donate the materials for the project himself, a value of $143.

“It was great teamwork all the way around,” Watson said. “Bedrock (which provides the DWIF space for the store) even sent a guy over to help me, because it was a two-person job.” 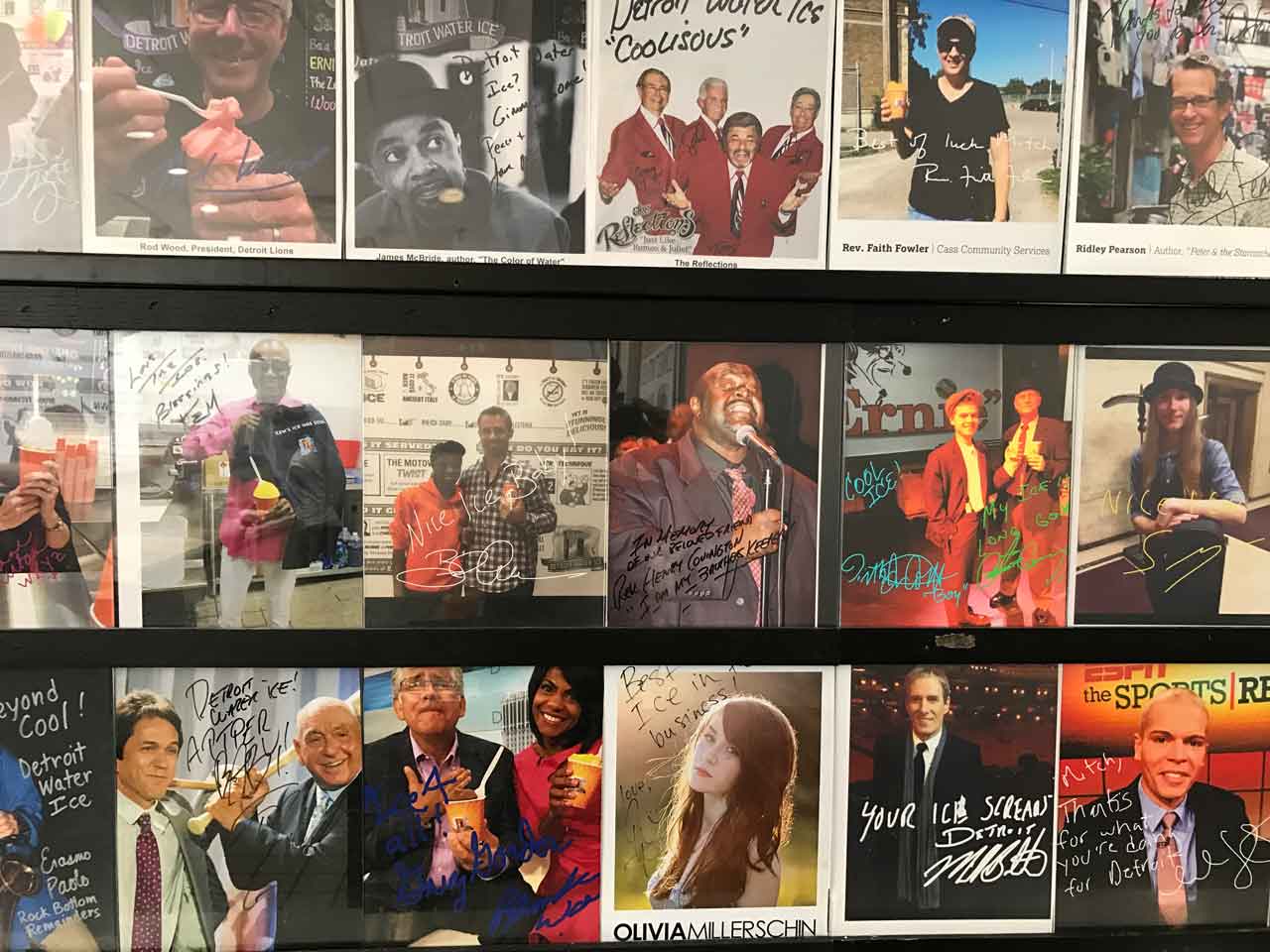